By Geek II - May 22, 2018
Now ReclaiMe Pro supports EnCase E01 images which you can load at start and then recover data from the virtual disk created over the loaded E01 segments.
Post a Comment
Read more

By Geek II - February 19, 2018
Apple File System, APFS for short, is a brand-new filesystem released in 2017. The goal is to replace HFS+ which has been in use on Apple computers since 1998. Formally released in late 2017, APFS filesystem began to be used by default on Apple computers running under MacOS High Sierra. Among the main features of APFS filesystem are 64-bit pointers allowing to address 2^56 blocks More accurate created/accesses/modification time measured in nanoseconds since 1970-01-01 Copy-on-write Sharing blocks between APFS volumes Native full-disk encryption We are happy to announce that now ReclaiMe data recovery software is capable of recovering data from APFS-formatted devices be it a USB thumb drive, or external hard drive, or internal SSD boot drive. You can download the latest build of ReclaiMe at www.ReclaiMe.com .
Post a Comment
Read more 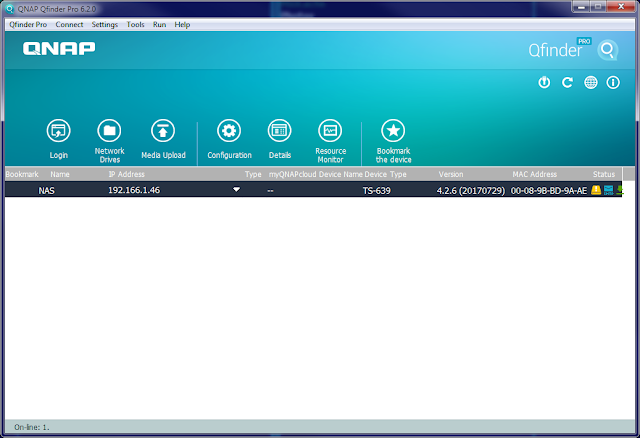 We were doing some experiments with our QNAP TS-639: pulled off six drives storing several real shares total capacity of 7.5 TB, inserted new blank drives and created a new RAID5 over them, made new test shares, loaded the data to them, and turned off the system. When we put the old disks (with real shares) to the corresponding bays and turned on the unit, the system has booted without a problem but…our Windows 7 PC could no longer see the NAS. QFinder 6.2.0.0726 saw the NAS and reported that the QNAP had an IP address. More than that, all the shares were available in the Control panel of QFinder.   Went to the General setting in QFinder and everything looked good in there: Tried to map a network drive as described here and got the following: " Network failure: the device was not found on the network. Please check the device status. " In Windows Network we had the following: Clicked the NAS from the
Post a Comment
Read more
More posts